There Is A Tween Living In My House

At the beginning of the year after wishing you a Happy New Year I mentioned that we are in a new phase of life with a full fledged Tween in the house. As with any new season of life this has brought new issues and experiences, and some of it has centered on adoption. So in January I went looking for resources, help, advice, and mentorship for this new season. I wanted to know if what I was seeing and experiencing was similar to other adopted tweens or were we just ‘losing it’ over here. I wondered if this road we were traveling was a well-worn path or was this new territory? What I have found is not only a well-worn path, but one that is well paved with wisdom. 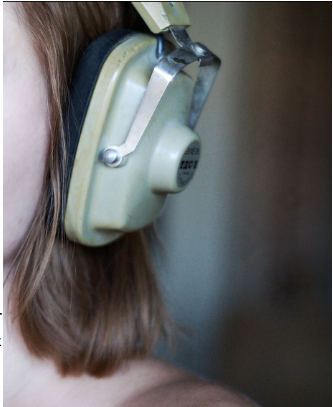 In Jean MacLeod’s article “Middle School, Middle Steps!” I read our own current experience. Have you ever resonated with something so strongly that you even considered that she wrote it just for you? That was my experience with this article. MacLeod named and normalized recent behavior that had troubled me. In the article, she gives concrete ways to come alongside our kids as coaches and supporters during the kind of behavior she describes in tweenhood. She emphasizes that our parental role shifts at this stage in our kids’ lives and a new mode of parenting begins. As with much of parenting, just when we think we have to help our child ‘work through’ so much, often we have just as much work to do ourselves.

MacLeod has also built a useful Adoption Toolbox online which provides a vast amount of resources and recommendations including a detailed list of tween stressors. I have come to realize that regular tween stressors are compounded for adoptees. Change, big or small, that might cause minor anxiety for a non-adopted Tween, can so often overwhelm and paralyze an adopted Tween. Careful preparation and ‘coaching’ as MacLeod details can prevent possible meltdowns and ease anxiety.

Dawn Friedman, an adoption therapist who blogs at Building Family Counseling, says that adopted tweens are thinking about adoption more than we as adoptive parents realize. She offers six points of safe discussion with our tweens. I loved this point she made which reminded me of a recent conversation I had with Angela Tucker about our kids’ ability and choice in developing ethnic identity as tweens,

“Your daughter from China may not particularly want to identify as Chinese and that’s OK. What you’re doing is creating opportunity so that she has room to decide for herself. Just like families connected by biology may drag their kids to Irish step shows because they want to remind them of dear old Granny Murphy, adoptive families should celebrate connection as a family. And just like bio kids may grow up to loathe Michael Flatley, so your son adopted from Ethiopia may grow up to loathe injera. But what they’ll remember is that it mattered to the family and trust me, that part of it will matter to them no matter what.”

Talking with our kids often about stressors and identity (especially for transracial adoptees), and coming alongside them as coaches is key in this important season.

And I loved this short video by Beth Hall, co-founder of PACT, who herself grew up in a Blended family. This specific video “Supporting Your Transracially Adopted Teen” resonates with me today. There are more videos over at kidsinthehouse.com with some really great ones specifically for transracial and Blended families.

Tweens. Tweens with stressors. Tweens with stressors that can lead to renewed feelings of loss, trauma and inevitably meltdowns related to adoption. Each of us as adoptive parents must discern carefully what triggers our child and then, in the words of Beth Hall, become their ally as they transition through tweenhood, offering a safe, supportive place to process (without too much eye-rolling). Let us help them with the difficult stuff in a new way during this season, so they can not only navigate this tricky time but grow, stretching toward wholeness.

What about you? What resources for Tweens have you found?