I am happy to share this space today with my friend Sara Specter. Sara is a fellow adoptive mama and part of the greater Blended community. As part of an open adoption I have been amazed at the lengths Sara goes to in order to stay in touch with her daughter’s birthmother. She is a true role model in valuing the adoption triad. Here, Sara  shares openly with us about WHY she is persistent about {Re}connection. 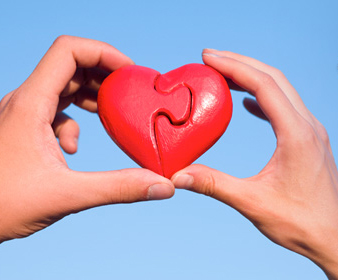 “I wondered if you could share your experience around stalled relationships with your birthparent. I know you have gone to great lengths to connect (and reconnect) with your birthmother and I want you to share WHY you do that. You are a great model in that way.”

So wrote Stephanie when she asked me to write this post. She was referring to my triumphant (re)location of our nearly five-year-old daughter’s birth mother, “C”, by harnessing the power of the Internet after having – once again – lost touch with her.

First, let me back up. My husband, daughter and I moved across the country from Ohio in June 2012, leaving friends, family and C behind. Shortly before we left, I sent C several letters to every previous address I had for her. They were all returned, marked undeliverable.

This was nothing new. Since we met C in December 2008, three weeks before the birth of our daughter, she had moved a lot. So I wasn’t surprised when I saw the mail addressed to her returned to my mailbox. I was, however, distressed that we couldn’t arrange for a visit before moving west. A quick call confirmed that C’s cell phone number was no longer hers.

Because we have an open adoption, I can Google C’s name when I “lose” her. Although she’s never told me so, I know that C is—in a word—poor. The area where she lives offers sparse job opportunities for her to pursue. I know her lack of finances makes it hard for her to pay her cell phone bill sometimes. She has no access to a computer, email or social media. I suspect she’s occasionally forced to couch surf.

So I fretted over having lost touch with her. C and I share a warm, positive relationship, in addition to a daughter. I worry about her—especially when we lose touch. So, I kept Googling.

This past summer: jackpot. There, on my computer screen, a newspaper photographer’s picture of C working as a server, doting on an elderly couple as they dined. “Honestly—what were the chances!?!?” I asked Stephanie as I told her all about it.

I called that restaurant three days in a row until I finally caught her at work. “I was hoping you’d see that article,” C exclaimed when she came on the line. New phone number and address in hand, I spent the next several months catching her up on well over a year of updates and pictures.

Why do I go to such lengths to (re)connect with C? Mainly, because I want our daughter to know her birth family, her backstory, and her medical history. It’s a privilege to have the ability to “easily” access this information (as opposed to the struggles that face adoptees with closed records).

And, I promised C I’d send pictures and letters. I’m keeping my commitment both to her and to our daughter.

I respect and admire C. She put a baby in my and my husband’s empty arms; something nobody else could do. She trusted us with a precious bundle of joy. The gratitude I have for her courage to make an adoption plan for her daughter is something I cannot describe.

By the way, just so you know, C doesn’t write back, or return phone calls. She sometimes answers when I call; sometimes not. That’s okay. When I do get to talk with her, she always says how much she appreciates and loves getting the notes and snapshots. They bring her joy and peace to know that her daughter is loved, cared for and adored. We banter about who is more blessed for having the other in our lives.

I’m not hurt that she doesn’t write back, although I’d love it if she did. But who am I to judge? She has a lot to deal with in her life. I give her props for putting one foot in front of the other every day. She gave us permission to have her name. She’s willing to be found. And so I find her, again and again.

Am I a great model? For being a persistent cyber-stalker? Maybe. But that’s not why I make the effort to stay in touch with C.

I do it for my daughter. For C. For me—for the chance to give thanks.