I am happy to share this space today with my friend Amy Brownell. Amy is a fellow adoptive mama who also works in the adoption community. I asked her to share some thoughts on the ongoing orphan discussion. Last month I wrote this post featuring some of the current discussion. Here, Amy poignantly shares her thoughts with us on the future of orphan care. 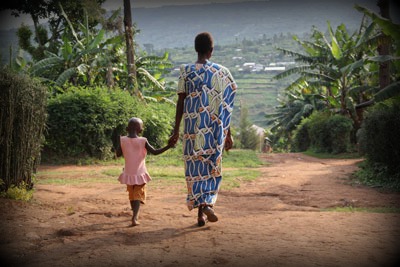 I’m sitting in a room, in Haiti, with a mother and five children she brought with her. She is here to sign papers and go to court to relinquish her rights to one of her children who has been living in an orphanage for the past 10 years. A family in the US has already adopted two other children of hers several years earlier. Her husband only recently passed away, so they made these decisions together. Parent these children, but not these. And now, with five children ages 4-16 that she is still parenting, she pleads with the orphanage director to take them…take them all. She says this in front of them. They know. Their faces are like stone.

Another mother and father, bring their youngest child, their last of ten, to the orphanage. They are saying goodbye. The baby is barely four months old. No more of their children live with them. A few have died, one is missing after the earthquake, and families in the US adopted five of their children. Locating one of their middle children, (who was living in a different orphanage) they brought her, along with the baby, to this orphanage to be adopted. Haitians are strong and stoic, but it is too much for this Mama and she weeps. And so do I.

There are children in the world with absolutely no parents. Either the parents have died or they are unknown in the case of abandoned children. There is no extended family willing or able to care for them. But there are also these: orphans of poverty. Children whose parents cannot afford to either keep them alive or give them the life that they want to give them – this usually means the basics of food, shelter, education and health care.

There may be broader complicating factors like, economy, jobs, security, and infrastructure, among other things. In a country like Haiti, those are very real concerns because, for example, even with a college education there is still 60-80% unemployment, one’s chances of finding gainful employment is slim. This has a chain reaction of dire implications.

One serious implication is that children who are wanted and loved are legally abandoned. But this doesn’t paint a whole and accurate picture. Make no mistake, most of these birth parents love their children and want to parent them. So why are they choosing to place their children in orphanages whether for adoption or not?

What do we, as Christians (because we like to “heed God’s call” as misguided as that can be), do when God commands believers to help the fatherless and the poor? Do we put Band-Aids on the problem? Do we build more orphanages so poverty-stricken desperate parents can bring their children in hope of a better life? Or maybe there should be something closer to the root of the issue. Maybe we can do something to ease the burden enough so that families can stay intact.

I have 6 children that we adopted from Haiti. They have living birthparents. Their birthparents love them very much. This is the reason that I have now had this realization. I also work for an organization that runs a crèche (orphanage that processes adoptions) in Haiti. However, the organization I work for also has community-oriented programs that help people in their daily lives. In fact, IBESR (Haitian social services) highly prefers that organizations that operate a crèche also be running programs that will help the community, and help keep families intact.

While there is a place for crèches and orphanages (that don’t process adoptions) as a kind of safety net or choice for birthparents who choose not to parent (for countries that do not have a foster care system), more effort should be made to create opportunities for education, health care, and jobs – especially for women, which would directly affect children. If even a modest percentage of the groups that came into a country like Haiti to build an orphanage, were to instead generate projects that provide some kind of development and support to families I believe we would see a commensurate drop in numbers of children placed in orphanages.

I specifically mentioned Christians, because I am one, but really this is meant for any humanitarian group. What I would like to see is more of a shoulder to shoulder effort to work with the people and communities they are attempting to serve. So often foreigners come in with “the solution” when really we should be listening to the locals to bolster their efforts for their own community.

UNICEF is clearly not doing enough either. Many outside of international adoption circles do not realize the harm that UNICEF has actually done to children because of their standing policies today. I agree along with Harvard professor Elizabeth Bartholet, that UNICEF is anti-international adoption. UNICEF has actively worked to close various countries’ international adoption programs, frequently citing corruption and trafficking. No one will argue that corrupt or unethical adoptions have occurred. But we must find a better way to protect children and families than simply shutting down adoptions altogether. This has two dangerous outcomes. Either children are condemned to institutional living indefinitely or for those unable to be admitted into the relative safety of an already crowded orphanage, these children are turned out into unsafe living conditions.

If NGOs large and small, humanitarian groups of all kinds, were to shift focus to include creating programs and support for women and families, it would enable more children to stay with their birth families. Empowering birth parents with the truth that they can parent their children and don’t have to resign themselves to seeking out someone else to provide for their child’s needs, is powerful change. Not to mention preventing heartbreaking loss as they out of desperation say goodbye to their children as was the case for the two families mentioned earlier. As a mother, I can only imagine that pain, and now seek to prevent another mother from that kind of heartbreak.

Amy Brownell is a mom to six beautiful kids ages four to 21, that were adopted from Haiti.  She works as the Adoptions Director for Chances for Children, a non-profit organization based in Arizona, that operates an orphanage in Kenscoff, Haiti, as well as provides programming and support to help children and families in that community.