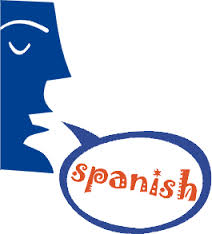 Lately I have been thinking quite a bit about the power of gifting our children’s birth language to them post adoption. This can be a dicey subject among adoptive parents and just so you know, I have landed firmly in the belief that parents of adoptees, whether international or domestic, should learn the language of their child first not the other way around (even just a basic understanding and vocabularly). Birth language is a key cultural part in our children’s identity and we need to work harder and go further in serving them by learning to speak their language. In doing so we can create an easier transition for older adoptees and a firm foundation for those that arrive as infants.

In this vein, I am thrilled to introduce you to my friend Karyn today. She too is exploring this subject and trying to include her son’s birth language in her parenting. She shares her story truthfully for The Blended Life community.

Each night when I put my son to bed I say, “Te amo mucho.” “Amo mucho,” he says back to me, his eyes closing as he snuggles into the pillow and grabs for my hand. This is our bedtime ritual, along with reading three books and saying our prayers. “I love you very much”—words my son needs to hear from his mommy each and every night.

Oddly, my adoptive son’s birth language is not really Spanish—by that I mean that his birthmother, being a 4th generation Mexican-American, does not actually speak Spanish, but understands the Spanish her mother speaks to her. But my husband and I both speak Spanish. And we wondered how we would feel later on if we didn’t give our Latino son some knowledge of the language that we, as white parents, had ourselves. It would be as if there were a path we knew of that would help him understand his cultural roots, his birth family, and his identity as a Latino-American, and yet we did not show it to him.

Now, in full disclosure, my husband and I love to learn about other cultures and languages. I recently met a Turkish man who told me that their culture has an expression that says, “one language more equals one friend more.” What a beautiful thought. With language, we can reach out further, know more people, ask good questions about why people think this or that, and have friendships – even deep friendships – that would otherwise not be possible. When we decided to adopt, we were open to transracial adoption with a Latino child specifically because we felt able to communicate in Spanish and had a basic knowledge of the culture. This gave us a certain sense of ease. We felt that we would be able to embrace the Latino culture and incorporate it into our family; capable of passing on at least the basics. Because our son’s looks are similar to my husband’s, people do not often assume he was adopted. However, we recognize that people may see our son as Latino and Latinos certainly do see him as Latino. Therefore, it is our responsibility to help prepare him for what people might expect him to know.

Early on I realized how hard this would be for me, a non-native speaker, to speak Spanish to my son. I make sure to write this because in many ways I feel like a failure in this endeavor and I know that not everyone feels drawn to learn languages the way my husband and I do. It can be hard, yes, but it’s worth it. My Spanish is not that great, actually. I can manage present tense, commands, but usually make a mistake with the past tense. Some people I can understand easily, others not at all. I therefore made some very specific choices about how to pass on what I did know to my son.

In the end, I had to lower my expectations. My goal was not for him to be fluent because I spoke Spanish to him. Instead, my goals were to expose him to the sounds of Spanish in hopes that the idea of his birth culture’s language would be normal to him (as well as positive and endearing); for him to retain some of the main aspects of his birth culture via language, and as a side benefit, I hope that when he learns it formally later on, he will have a decent accent! I attempted to glean from my Latino friends who were not fluent what aspects they still carried with them. It seemed that food (homemade tamales, chilaquiles, barbacoa, and pozole to name just a few), traditions (like having a quinceañera party at age 15—or as one of my friends did, at 16 to merge it with the American idea of the “Sweet 16” birthday), and family names or terms of endearment were important. So we make choices to cook certain dishes or eat at authentic Mexican restaurants. We had a fiesta for our son’s adoption party including a tres leches (three milks) cake, and I call my son mijo (meaning, my son) and he calls adults by the Spanish term for aunt and uncle, tío and tía.

The true test of fluency is to have the child learn to speak, which some of my native speaker friends have done. While my son can’t put together a full sentence in Spanish, he does have certain words that he says. His stuffed animals are his amiguitos (not the proper word, but instead “little friends”). When I can’t understand his grunts, I ask him to answer me with a sí or no. Another part of our bedtime ritual is that we tell each other in Spanish, “I’ll see you in the morning.”

I don’t think my son actually knows that he’s using Spanish, but what matters is that he is becoming connected to the language of his birth culture in a positive way. That can’t be anything but good. I figure, in the future my son will wonder about his cultural heritage and want to have some kind of connection to it. Why not have the beginning of this connection come from his mom?