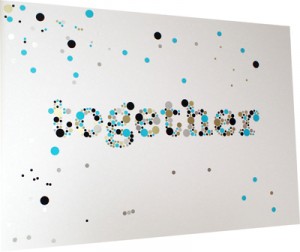 It was an ordinary night at the dinner table. In fact we were eating one of January’s Indian dinners with the kids while looking at the map and talking about India’s neighboring countries. Our conversation migrated to talking about their friends East Indian heritage and then it became name a friend and find their heritage country on the globe. They named a Korean friend, then a Haitian, then an Afghan friend, then Mexican and then finally named a local friend and dissolved into laughter as they pointed to the United States and Oregon itself as his heritage. It was a great learning exercise couched in a fun conversation.

As we were clearing the table my oldest daughter leaned lazily against my husband and said, “You know, we have a really diverse group of friends.”

My husband and I locked eyes for a moment.

“Well, first, its super fun. And then, its good for me because they see things different sometimes and that’s always a good thing.” This was her casual reply as she walked off taking her plate into the kitchen.

We remained at the table while the kids motored around in the living room finishing homework and playing together. I daresay we felt a little triumphant. Our diverse group of friends was not accidental but a lifestyle choice about where we live, work, worship, and play.  I have written many times about the choices transracial adoptive families must make in order to gift our children strong racial identities, but to have the acknowledgement of our lifestyle spoken aloud from one of my children was a heart warming experience. That she not only recognizes that value but could also articulate some of it was a moment I won’t soon forget.

So today I’m just reveling in that little bit of triumph, an initial shared understanding of why we live the way we live – together.