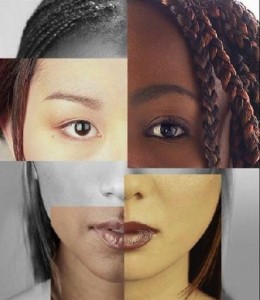 “Its nice that you are honoring her Korean roots so well. But you realize that there will come a day when all she’ll be in America is black.”

Part of why we chose our daughter’s school was the progressive way they celebrate and honor racial and cultural traditions. They even (and this floored us) had a box to check in the What is Your Race? section labeled Multiracial. Hallelujah! She checked it and felt empowered; recognized. But still we must negotiate this “others want me to be” or “I always have to give an explanation” or “I’m tired of explaining who I am.” And this is why I was overjoyed at Soledad O’Brien’s most recent piece on the In America series “Who is Black in America?” It first aired back in December but I caught it just this last week on CNN. Biracial adults and young people discuss what lines are drawn in terms of being black in America. What racial heritage, or experiences, or skin tone qualifies or disqualifies you from being black. I was riveted by their personal experiences and varying opinions.

Perhaps what I loved most was that they had involved biracial kids, high-schoolers, in asking and answering these difficult questions. I heard in their words the beginnings of what I am now hearing from my own daughter. It instructed me. It encouraged me. It is a difficult dialog but these girls used their voices and are paving a new way in race relations for those that come after them. This new road they are making is rocky and winding but I know my daughter will be grateful for their voices, their power, their strength. My daughter who is part of this rapidly growing biracial and multiracial generation in America that is already beleaguered by the requirement from single race others to explain who they are. They are more. They are many. And hearing it in their own words is powerful. So here are Becca Kahlil and Nayo Jones in their own words on Being Black and ‘Ambiguous’ in America.