Games for Planes, Trains and Automobiles 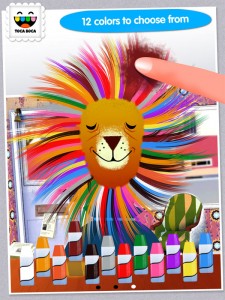 I have been planning a little vacation around here and it comes with some serious time in the car. And while Car Bingo, Master of the Music, I Spy and an occasional movie gets us pretty far, it won’t be far enough on this journey. So, I’m planning on bringing our iPad loaded with the games I let them play. I’m all for educational games, but sometimes they just need to have a little fun too. Typically my kids get a time allotment on the iPad and when time expires they hand it off begrudgingly to a waiting sibling just before they transform into the Hulk via a full-fledged jealous rage. But games for my three year old can sometimes be tough. He can’t play the games his sisters are playing but tries nonetheless, and ultimately there are tears and promises of never getting a turn again (that last part is me in my own virtual meltdown-land). All this to say that I then remembered a wonderful Swedish game studio called Toca Boca and wanted to introduce you to them in case you are planning a long trip of your own this winter.

Toca Boca’s games are creatively fun with intuitive tools, meaning simply that there is no text. You don’t have to read the directions before you play, my littlest one can just play. The characters involved in Toca Hair Salon (picture above) make funny faces when you style their hair bizarrely and on Paint My Wings (see below) the butterfly is ticklish. Both games have led my children to one, style one another’s hair oddly, and two, to paint real butterflies based upon the designs they create with the game. These games can translate to real life play when the iPad is not reachable, or more likely not allowed. We just downloaded a new game called Toca Tailor Fairy Tales (it is currently FREE people) that has my five year old captivated. She creates outfits and then can shorten or lengthen sleeves and hems to suit the style she is looking for (you can even choose a beard which never ceases to delight her). 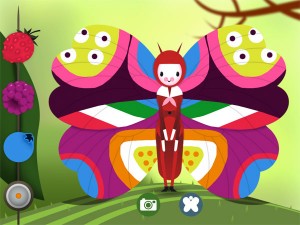 Here is my most favorite thing about these games – there is no in-app purchasing or ads. I am forever annoyed by kids games that have things they can accidentally (or not so accidentally) click on which leads them out to the world wide scary. Toca Boca’s games are void of all that and I feel happy to let my three year old style hair with abandon. 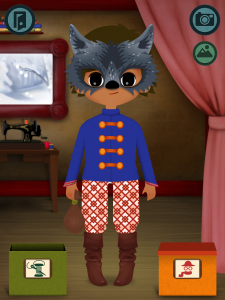 Just a simple recommendation from this mom about good games to wile the hours away be it on planes, trains, or automobiles.