Dinners Around the World 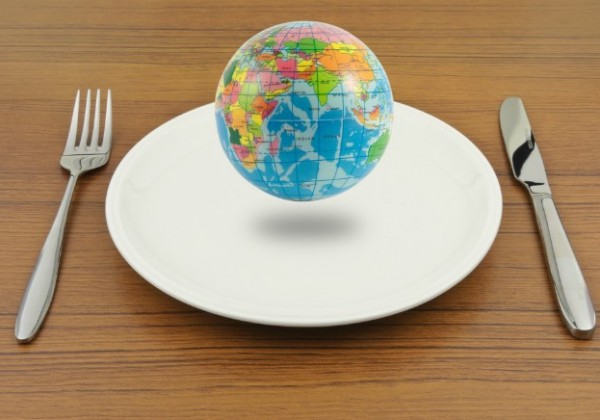 I despise New Year’s resolutions. My experience is that people make these ‘resolutions’ flippantly and without any real, um, resolve. A few years back I was at a New Year’s Eve party and they took time out of the toasting and dancing to create a pie chart (a pie chart!) of what you would like to achieve and change about yourself over the next year. It was undoubtedly one of the strangest experiences of my life and a real downer at what I had considered a great party. I confess I don’t like to be forced into anything and that’s what I feel when I look at the resolution game. After all, how many of us really end up achieving what we feverishly, at the strike of midnight, became so resolute about? According to Wikipedia, “only 8 percent of Americans successfully achieve their New Year’s resolutions so 92% are not kept. 80 percent of those who make New Year resolutions have failed by Jan. 20.” I would prefer not to keep company with said resolutions only to have them staring back at me from the corners of my mind by January 20th.

So instead, I set goals. Semantics you say? Well, so be it. But goals need less resolute fanaticism and if I don’t meet my expected goal I can try again, instead of feeling beady little eyes tearing at the back of my neck. But before I become too personal in sharing my philosophy let me share a goal I set at the beginning of the year. It’s a goal that combines food, family and global understanding and came largely on the heels of this post about diversifying your home. Each month this year, for one week, I will cook dinners from another country. Early in January my family paired each month with a country we wanted to learn more about. Here’s the list we drafted:

We just finished our weeklong feast on Italian food and I must tell you that it was great fun to learn more about Italy together, but also to have an awareness of the different types of food and the regions they come from. As a family we ate well and then celebrated our Italian adventure by partaking in gelato, a treat that my three children deemed better than ice cream (at least until I serve ice cream next).

A great book that is a visual kick-starter for kids is Hungry Planet: What the World Eats. The book pictures families from other countries surrounded by what they eat during one week. My kids quickly noted differences and similarities in food and amount of food. Here is a sneak peek of what’s inside the book that is just as useful to jumpstart your journey. After a friend learned about what we were doing this year, she said, “That’s fun but what motivated you to do this?” It took me a minute and then I responded, “Doing this is in some small way helping my transracial family become better global citizens – one dinner at a time.”

Want to make this a goal of yours? Join us and let the fun (and eating) begin!