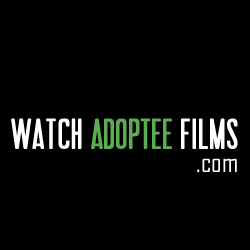 Ready to start your new year with great cinema? I discovered Watch Adoptee Films over the holiday and wanted to share this fabulous resource with Blended readers. Many of you have commented to me that neither your adoption agency or library own the films I have reviewed, and thus have no access to these great films. But wait – now there is Watch Adoptee Films whose simple mission is to “make adoptee-centric films accessible to the masses.”

Both of the films I have reviewed, Adopted and Off and Running, are available to watch via your computer for a reasonable fee. There are many other films in their rotating queue so if you have seen the films they are streaming now, a visit to Watch Adoptee Films at a later date will give you new choices. The featured list of films is a treasured resource to Blended families. So stream a film this Friday night that will benefit your Blended family!