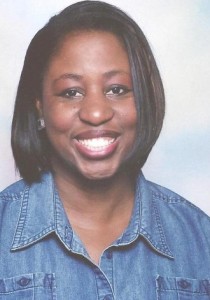 Last week I reviewed In Their Siblings’ Voices by Rita J. Simon and Rhonda M. Roorda which you can read here. This week Rhonda graciously agreed to be interviewed and I think you’ll find her insights invaluable to Blended Families. She talks openly about her own experience growing up in a Blended family, the importance of diversity, and how she came to write this third installment in this landmark trilogy. I conducted quite a lengthy interview and want to give Blended readers the most amount of mentorship from Rhonda I can, so I have split her interview into two parts. Here is Part 1…

Rhonda, welcome to Blended! Thank you for agreeing to be interviewed. Please tell us a little bit about yourself as an introduction and also some of what motivated you to write this trilogy.

It is my honor to spend time with the Blended family audience.  I try to be available whenever I can to talk about Transracial Adoption—the joys, the challenges, the complexities, and the ongoing journey for those that are touched by this experience—through my eyes as an African American adult Transracial Adoptee and writer on this fascinating subject.  I was adopted at the age of 2 in Rochester, New York in the early 1970’s.  My adoptive parents, both, who were at the time recent graduates of a Christian liberal arts college in Grand Rapids, Michigan and civil rights advocates, had a heart for social justice and a conviction to contribute in their daily lives to a more racially and socio-economically just society.  Given that consciousness, it was a natural progression for them to adopt a child from the U.S. foster care system.

According to my adoption records, I was described as having dark brown skin, kinky hair and a winsome smile.  So when I was adopted into the Roorda family, which included my brother Chris (Duffy) who is one year older than me and my sister Jean, who is eight years my junior, our family became racially blended.  Our parents, years before my sister was born, made the choice to leave their predominately white community in East Palmyra, New York and move to the Washington, D.C. metropolitan area which was racially and ethnically diverse.  It was important to them that the entire family see and interact with people on a daily basis from different walks of life as a way to move beyond our comfort zones; and too, as a means to build relationships with other Transracial Adoptive families and people who supported us as a family.

The Christian values my parents instilled in their children within the walls of our home and in church became my compass.  But perhaps the hidden gift in my childhood was the village of remarkable and diverse people including my godfamily that took an interest in me and my destiny and reinforced for me the message that:  I am black.  I am beautiful.   I am somebody.  I can achieve beyond measure.  And that I am called to give back to others.  This message has always been the cord that has brought meaning to my life … but in the process of struggling to understand what it means for me to be an African American and also a member of my white adoptive family, simultaneously living in a society that can be harsh and unaware when it comes to difference, I have felt at times like that cord was unraveling.

After defending my master’s thesis in Communication-Urban Studies at Michigan State University in 1996, I took the opportunity to canvass my life in stages and examine internally the emotional highs and lows in relation to my own Transracial Adoption journey.  Even though the process was at points painful, lonely, and exhausting, what followed was the completion of a body of work authored by Dr. Rita J. Simon and myself and published by Columbia University Press (New York) that focuses on three unique and compelling perspectives in the ongoing discussion on Transracial Adoption.  These books are entitled:  In Their Own Voices:  Transracial Adoptees Tell Their Stories (2000); In Their Parents’ Voices:  Reflections on Raising Transracial Adoptees (2007); and In Their Siblings’ Voices: Non-adopted Siblings Talk About Their Experiences Being Raised with Black and Biracial Brothers and Sisters (2009).  The Simon-Roorda trilogy on Transracial Adoption highlights the traditional empirical research (1971-1991) conducted on this subject.  This body of research argues that Transracial Adoption is good public policy for families and children.  In fact the research shows that children of color raised in white homes have a healthy self-concept and adapt normally into their adoptive families.  In contrast and in response to a spike in Transracial Adoption placements in the early 1970’s the National Association of Black Social Workers (NABSW) went on record to verbally denounce Transracial Adoptions of particularly black/biracial children. For them this was a form of cultural genocide. While the sentiment of the NABSW has toned down over the years, their belief remains strong that black and biracial children need to be connected to their racial and ethnic community, a safe place, where they have the opportunity to form a healthy sense of themselves as black people. In addition to documenting these two very opposing viewpoints, the Simon-Roorda trilogy features relevant, powerful, and honest interviews from young black and biracial adult Transracial Adoptees, their white adoptive parents and non-adopted siblings.  The interviews shed light on the intricacies within the structure of Transracial Adoptive families and on the role race, identity, and adoption issues play within these families and in the broader society.

For this interview I want to focus on your third book, In Their Siblings Voices. As a personal aside, I read your book while navigating a difficult racial incident that happened to my oldest daughter. Your book motivated me to discuss and process the incident not only with my oldest daughter, but also with my middle daughter who is biological. In your book you call these birth children, the silent voice in an adoptive transracial family. Can you explain why?

Prior to working on In Their Siblings’ Voices, I had several speaking engagements at which I noticed white children/adolescents sitting in the front row. These were the same young souls that would ask me to autograph a book for one of their siblings or parents.  One boy, who I would guess was 10 years old, asked me, “When are you going to write about our voices?” My mouth dropped.  I as a Transracial Adoptee had not thought about how this Transracial Adoption phenomenon impacted my own brother and sister or other non-adopted siblings who had black and biracial, Asian or Native American brothers and sisters.

I call these non-adopted siblings the “silent voice” in the discussion on Transracial Adoption because their voices have seldom been included either in academia or in the public square. This group, as evidenced in In Their Siblings’ Voices, did not ask for or in most cases have a decision making vote in choosing a black or biracial brother or sister for their family. Rather, these individuals took this huge act at face value; and were forever changed when their families became blended. So after being inspired by that young boy, I thought it was vital that the voices of white non-adopted siblings in Transracial Adoptive families be heard and documented along with other important voices in this necessary and enduring dialogue. It is my conviction that every member of a Transracial Adoptive family, including birth siblings, needs to speak honestly within their families about this experience and know how each member is feeling throughout this lifelong journey. Transracial Adoption is a bold act and scholars, practitioners, families, and society are still learning about the complexities of this phenomenon and its consequences. But what we do know now is that with Transracial Adoption comes a wonderful and adventurous experience and also added responsibility for each family member around issues of race, adoption, identity, and justice.

I was shocked that the birth siblings in your book often had no idea that their brothers and sisters were suffering enduring racial slurs and incidences. Did that surprise you in writing the book? Why do you feel they were so ignorant of their siblings’ situation?

I am actually not surprised that many of the birth siblings had little idea of their brothers and sisters suffering from racial slurs and incidences. If you look at the traditional empirical studies and the Simon-Roorda literature on adoption you will notice that among Transracial Adoptive families there is a pattern established where many of these families have invested in a “color-blind” approach in how they choose to view the world and raise their children. This applies even for contemporary families adopting children across racial and cultural lines. Many of our families continue to live in predominately white communities. They attend primarily white places of worship and institutions of learning and have mostly white friends. So it naturally becomes acceptable not to “see color” or difference when it interestingly relates to the adopted child of color because that mindset requires no added work, knowledge or experience on the adopted child’s ethnic community or in addressing the very difficult subject of race in America. In the “color-blind” model there is no benefit for the parents or the additional family members to do the kind of work I am talking about. The “color-blind” model therefore numbs any curiosity or honest/rigorous discourse within the blended family structure on how race and adoption impact the adopted child, the birth sibling, and the parents on a daily basis.

I would contend that if children, adopted or non-adopted, do not get a green signal from their parents that it is okay for them to discuss issues of race and adoption at the dining room table or in the living room; and also if they do not think that that their parents are racially and culturally educated and prepared to handle these subjects, that their voices will be silent, concerns second guessed, and racial injustices and inequalities ignored.  Certainly I am not implying that there are not Transracial Adoptive families that are progressive and are talking about race and adoption in their families or who are attending cultural activities like heritage camps or playgroups, advocating on behalf of adoptive families and children etcetera, but we have a ways to go. We must continue in the struggle to build equal, nurturing and sustainable relationships with members of our children’s ethnic communities; to create space in our families where we as adoptive parents, adopted individuals and non-adopted siblings can genuinely talk about race in an age appropriate way; and learn how to effectively address injustices and misguided expectations that can happen to us in society (or even in our families) simply because of the color of our skin.

A huge thanks to Rhonda Roorda for her time and insight! Stop back by to read Part 2 with Rhonda later this week. If you are interested in adding the Simon-Roorda trilogy to your personal library, here are the links: In Their Own Voices, In Their Parents’ Voices, and In Their Siblings’ Voices.