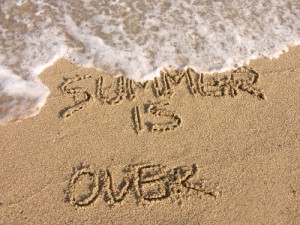 The end of summer took me by surprise as being the busiest time I can remember. We had family commitments, vacations to take (albeit that was lovely, except the packing and unpacking), out of town visitors, school shopping and of course the pre-school meltdowns. Mixed in with the chaos were a few moments that were so funny and/or heartwarming I decided to share them with you.

The first is a new game my kids discovered – or maybe your kids are already playing it too? When I first stumbled upon their behemoth tent like maze in the playroom laid out with blankets, chairs, and pillows, I didn’t understand what they were doing. They had collected all their books about Korea and Korean life and were studying them within the maze. One of the girls would leave and come back dressed in her Hanbok and promptly begin to cook Bibimbap or Bulgogi, because as they would say, “Kids simply love it.” As I watched, they sent my son to the grocery store for an egg or more garlic, and while he was ‘out’ they set out the plates quickly and dined upon whatever Korean treat they had whipped up in their pink and blue kitchenette. After awhile, amused, I asked them what they were doing and they replied, “We’re camping in Korea.” Well, of course. They were so nonchalant in answering, as if all their friends were already playing ‘camping in Korea’ and I was so behind the times.

The second was a sweet moment. My middle daughter went to preschool for the first time this year. She was ecstatic about going but hesitant in that strange swirl of little girl, big girl emotions.  She was a bundle of nerves on the first morning as we entered the classroom. She hung back by me and observed the kids who had already arrived for the day. Not clingy per se, just cautious as she watched the door. I was watching her closely and not paying attention to the new arrivals, when all of a sudden I saw her face and shoulders physically relax. She smiled and took a step away from me and as I turned I realized that an African-American girl had arrived and had eased my daughter’s nerves. I quickly understood it as someone who reminded her of her sister – a familiarity – and it gave her immediate reassurance.  It is no surprise to me that these girls are now fast friends.

While these moments are unique to my Blended family, I’m sure your Blended family has similar stories. Leave a comment with your uniquely funny or heartwarming Blended story.