The Benefits of Open Adoption

I am happy to introduce you to Sarah Baker. Sarah is a fellow adoptive mom who blogs over at Cincinnati Parent Magazine (where I was happy to guest post back in September) and was featured on Oxygen’s “I’m Having Their Baby”. I invited her to share with us the benefits of open adoption as we continue our focus on National Adoption Month. 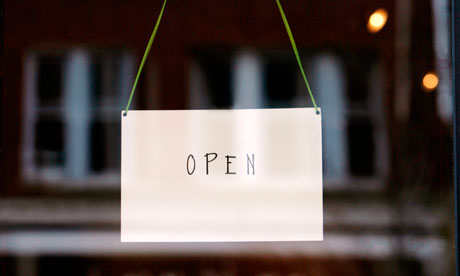 Open adoption is a relatively new concept.  In the lifetime of adoption, open adoptions started being more practiced in the 1970’s. As with all new concepts and alterations in tradition, changes don’t occur over night.  Studies were done and are still being done on the benefits of open adoption.  Since people my age are pretty much the forerunners of this new concept in open adoption being the “norm”, it is not uncommon to have friends and relatives question and caution the decision to have an open adoption.  They have fears (and let me admit, so did I before learning more about it) like; Will it undermine you as the parent?  Will it confuse your child?  Will it hurt the birth mother more to see the child?  Will it cause trauma?  Will the birth parents try to steal the child back? Will it be a competition of love? Will it be awkward?  What will other people think? After hearing these questions dozens of times, it starts to get frustrating, but keeping in mind that open adoption is “new” we just have to keep in mind that they are just looking out for your wellbeing; I take it as a great opportunity to educate them and involve them in the expansion of our family.  While there is no certain answer to any of the questions, I have to believe that having an open adoption is better than not.

In cultures across the globe, open adoptions were once within family or tribal units.  Village parenting you may call it.  If a woman died or could not care for her child, the family or tribe members would take over.  As a close knit society, a child would never be an orphan.  The child could grow up learning his or her roots and sometimes knowing the person who was their “first mother”.  In today’s adoption model, this is the same goal in having open adoptions.  While, the child may be placed with a family with no relation to the birth parents, it is still the goal to have the identity of the child intact.

Things non-familial open adoptions are not:

I have family members and friends who are part of closed adoptions. Some of these people are still suffering the adverse effects that their denied birthright has caused them.  Their life did not start upon adoption; they have a history that should not be hidden.  We didn’t want this for our child. This isn’t to say that closed adoption is necessarily “bad”. It just wasn’t for us.

Expecting parents and adoptive parents need to learn how to communicate early on in the adoption process.  Communicate your feelings, no matter what they are.  Don’t assume that people know what you are thinking.  As an expecting parent, if you are thinking that you want to see your child that you place for adoption at least weekly or maybe even monthly, that may be unrealistic for an adoptive family and could also be a sign that you don’t really want to go through with adoption.  You may want to explore your options and see if there is a way you can parent. But, in other circumstances, you may find an adoptive family that lives close and would LOVE for that level of involvement.  That is your choice.  So just be comfortable and confident in your choice.  As an adoptive parent, sometimes you need to be the person who plays the role of “term layer”.  You need to lay down your expectations and express your desires immediately, without worrying if the expecting mother will change her mind based on what you say to her.  Honesty is key.  DO NOT promise her something you cannot uphold.  So, you may sound like the “bad guy” by saying what you know are able to commit to and what your expectations are for your adoption, but it will also help both of you know if the match is going to be a good long term fit.  Open adoption isn’t just for the pregnancy, it is a lifelong commitment.

So, while some people do close the door on their open adoption, I’m an optimist that likes to believe that this is not the norm or that they have valid reasons.  I can’t understand why an adoptive family would enter into such an agreement and take this amazing gift from a loving woman, and then shut her out.  It’s something that doesn’t comprehend in my mind.  Was it in their plans from the beginning?  Were they deceitful?  Did something in life change?  My thoughts on open adoption are this:  We have an open adoption with our son’s birth family.  I say family because it’s not just his birth parents.  He has siblings.  He has aunts.  He has grandparents.  These are extensions of my son.  Who am I to deny him this identity of himself?  There are very few circumstances I can see me making the tough decision to limit our interactions with these people.  Those reasons would be; drugs, crime, abuse, prostitution, alcoholism, etc.  I would carefully explain that until these behaviors are corrected, we would cease visits that include our son.  However, I would never stop contact altogether.  I would still send updates and photos.  I would still be there as emotional support and encourage them to get back on a better path in life and if that day never came, when he is old enough, then I would provide him with the way to be in touch on his own accord.   I pray that is never something we will encounter; we really enjoy our family picnics and time spent together.  But, I believe they placed their son in my care so that I would do what is best for him… and if they were in one of those situations I described previously, I think I would be doing them and their choice an injustice by putting him in harm’s way.

To learn more about the benefits of open adoption and stereotypes often associated with them, visit here.

You can follow Sarah’s adoption story on her blog at Cincinnati Parent.

This post was adapted from Cincinnati Parent by the author and reposted with the author’s permission.