Honest Adoption Talk From My Six-Year-Old 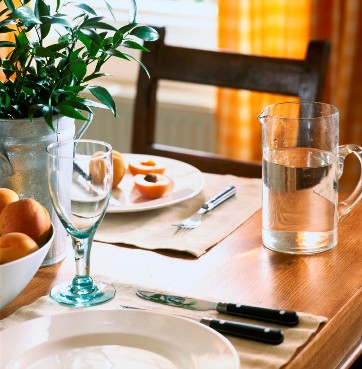 A recent survey I received asked how often I talk about adoption with my child and where, most often, do these conversations occur. I assumed they were asking about my adopted child when they asked the question, but that day it struck me as the most inadequate question I have been asked in quite some time.

As a Blended family we talk often about adoption. And yes, of course I talk with my child – who was adopted. But how do I answer the survey when the answer to the question is my biological daughter?

Every night at dinner last week, just as we sat down to pray, my six-year-old would ask a question about her sister’s birthmother. Or adoption. Or what a social worker is. Or – and this one went on for a couple of nights –

It became apparent that the question she asked, held an honest answer about how she felt about adoption these days. You see my daughter is struggling to digest the emotional aspects of her sister being separated from her birthmother. She personally cannot process the idea of being separated from me, her birthmother, and so she has translated these same feelings to her sister. Tears will fill her eyes as she asks some of the most painful questions about adoption that adoptees themselves often process.

On many occasions I process these difficult questions with her. But sometimes she and her sister will sit beside one another and talk about all that she is feeling, my oldest carefully answering her questions about adoption and her birthmother while her sister holds her hand tightly and tears roll down her cheeks.

Did I anticipate this? Not in a million years. Being open about adoption as a family and processing together never led me down a road mentally, in which my non-adopted child would feel such deep grief on behalf of her sister. And let me tell you – there is profound grief in adoption (don’t let anyone ever tell you differently), but the depth of her grief has caught me a little off guard.

Is it a good thing? Yes. And again I say yes. Sometimes in talking with her little sister my oldest can articulate her feelings in more concrete ways than she can with me. There is something about explaining something to a younger sibling, one who you know cares for you and loves you, that enables her to easily express ideas and emotions. These conversations are profound to me but I don’t always listen. Sisters are sisters and deserve their space. But when they sit close and talk deeply I do let my eyes linger on their entwined fingers and heads that incline to rest on one another’s shoulders, because I am struck by the beauty of the shared life that these two share in such a profound way.

So I guess to answer the survey – my daughters talk most about adoption these days. Together, unified as sisters and bound together by the truth of adoption.