Its Time to Talk With Our Kids About Race 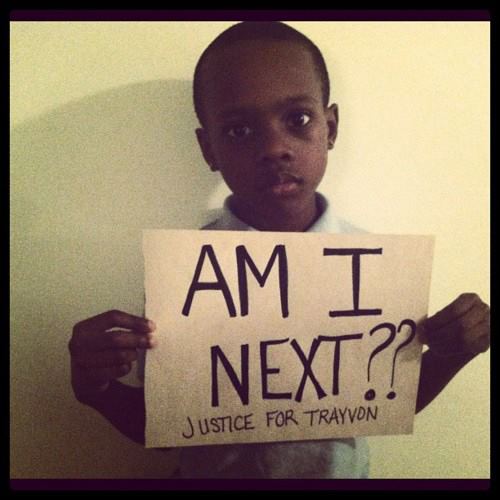 The number one question I have been asked in the last three days is “Are you talking with your kids about Trayvon Martin?”

My resounding answer is YES. Where could I go that they would not see the image of Trayvon looking back at them? They wanted to know who he was and what had happened. At church, in our friendships, in casual conversations, Trayvon’s name came up over and over again. So, spoken in a way that meant something to them, we talked and talked, and talked. But not necessarily about the shooting, but rather about the why of it all. Why it is that blackness is perceived as a threat. The bitterness of not being treated equally, and the anger that accompanies injustice. So, between the Zimmerman verdict and the fake racist flight crew names of those on the Asiana flight that crashed in San Francisco, its been a bad, bad week. Having a multiracial child that represents both ethnicities in these incidents has left me angry and fearful for my daughter.

Many parents and readers often point out that because we are a transracial family it is easier to talk about race because of our daily experiences. True, my children know the hurt of being excluded on the playground because of skin color. They know the strangeness of strangers asking where the black one is from. But I can only counter this excuse with the daily experiences we all have regarding race if only we had eyes to see.

The Trayvon Martin case is an opportunity to see. But like many things that make us uncomfortable, we choose to deflect or defend before we pause and take accounts. It is time to pause. If not for yourself, then for your children, and if not for them, then do it for someone else’s child. If you pause and then say to yourself, “Not now, let them stay innocent and young a little longer” it is already too late. Race isn’t a ‘bad conversation’, we have only smudged and beleaguered its essence. To talk about race is a good thing, and to talk early while our children are learning is key. Its not contrived, its not forced, its part of your job as a parent. Here are some recent examples of life in our house.

Right now I’m reading The Story of Ruby Bridges with my four-year-old son and beginning discussions on why schools like the one he will attend in the fall used to keep races segregated. His first question? “So sissy could not have come to school with me?” Conversation starter number one.

Right now my six-year-old wonders why certain groups of people who look alike always hang out together instead of being friends with more people who don’t look like them. (And before you judge, this was said of white folks.) Conversation starter number two.

Right now my ten-year-old and I are talking about Jackie Joyner-Kersee because of the rocky beginning to her track career at nine-years of age. But it has blossomed into discussions about young black girls like her who faced uphill battles. Conversation starter number three.

These are moments of interest and discussion on their level. Including these conversations among the many other conversations we have is intentional parenting. While we may have more opportunity as a transracial family to experience discrimination or racism, each of us has equal opportunity and responsibility to talk about race with our children because of the world we live in.

So talk. And talk we must, lest there be more Trayvons and more mothers and fathers who mourn.

Here are some key voices that are also talking, and talking loud, in our world right now.

Code Switch asked families how they were responding to the verdict. Scroll to the bottom to read some of their tweets.

A powerful piece published about what the Zimmerman verdict means in the US.

Nick Chiles wrote from the father’s perspective over at My Brown Baby.

Why racism is my problem and yours.

And lastly, a call to listen, understand and mourn.

Image from Mirror on America.