A Letter To Those Who Exhaust Me 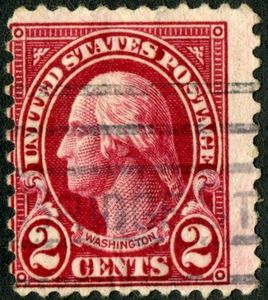 Dear State of Florida, The Onion, The Lady at Trader Joes, and Clerk at JCPenney,

Oh my. I am having a mixed bag emotional day. So many things to think about this morning and to attempt to process and most of it leaving me a bit on the hopeless and angry side.

First, one year ago today Trayvon Martin – a 17-year old boy – was shot and killed. Very little progress or movement has been made since in terms of self-defense laws in Florida when muddled by feelings and/or irrational fear charged by racism. Many say that they are merely communicating a staunch upholding of the second amendment, but I fear they only affirm a knee-jerk reaction to another’s race and presumptive actions based thereon.

Then there was the tweet by The Onion about Best Actress nominee Quvenzhané Wallis. She is a nine-year-old little girl. Nine-years-old. No, I am not deceived about living in a sexist, racist, over-sexualized society that bends these travesties into humor – or what is considered consumerist humor. But they crossed a line. And sorry, no, I don’t buy The Onion’s apology so easily drafted and constructed (I’m sure by a legal team) to deter blow-back. I don’t buy an apology that came after they ‘realized’ the kind of heat that was coming their way. It is abhorrent and disgraceful and something that little girl will never forget, but The Onion will. They will forget, and move on to the next joke.

All of this swimming around in my head today as I deal with the daily dramas of packing lunches, getting the kids to school, helping my son process why he needs to get to the potty before he absolutely is going to bust, and I’m exhausted. Aren’t you? Let me tell you what else tires me out. I’m tired of the white woman at the samples table in the grocery store whose face tightens ever so slightly when she asks my approaching daughter, “Where is YOUR mother?” when the rest of the white kids huddle and stuff their mouths freely. I’m tired of entering a local mall and while my daughter leafs lazily through the carousel of dresses and I search for the right size for her on a nearby table overloaded with shirts, the white clerk approaches her and asks, “What are you looking for exactly?” All while the other white girls her age wander the aisles alone and unaccosted, mothers absent from their side.

It’s the daily rigmarole. The life in which we deal with race as often as we breathe. No, I didn’t expect life to be any other way; we are a minority family. Its just today I’m frustrated. I’m frustrated at the stupidity and overt way in which people exercise their lack of understanding about race and then return minutes later to a self-accepting, self-affirming colorblind model that doesn’t work. You can’t say you don’t see race when you so clearly do. You can’t say you don’t see another person’s skin color and then tweet something egregious because you see them as disposable. Actions give you away. I so wish you would be held accountable for your actions. By not seeing another person truly and correctly understanding them and their experience you are missing out and hurting others in the process. So please work through your issues related to what you think you understand so that the rest of us don’t have to wear your ugliness. Today, that would be helpful. Today, that would make me a little less tired.

Too Tired To Be Nice,