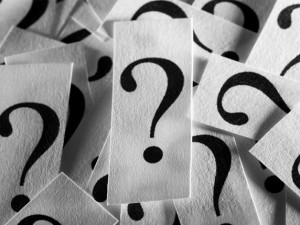 I was standing with my family in a crowded room when I noticed the woman looking at my family. It was one of those moments that you felt eyes on you, even with the crush of people. My eyes locked with hers and she started to cross the room toward us. I didn’t know her, but she wanted to know us, and I really didn’t feel like being known that day – I wanted to be anonymous and continue to deceive myself in thinking that is possible.

She was at my side more quickly than I could have imagined, introducing herself and then it began – the seemingly unending questions. The W.I.S.E. Up! curriculum has prepared my entire family well. I recommend it all the time to parents of a school-aged child, but in reality the entire family benefits. But as I began to process my answer into one of the categories from W.I.S.E. Up!, I registered the woman’s tone of voice. It was almost pleading; eagerly leaning into what I was saying, an urgency about her listening that was palpable.

So with a big sigh and a look at my husband I begin to answer her questions. After some time of discussion (she really did have great questions) she began to explain to me that she needed to learn, to grow and do it now because her daughter had just adopted a biracial child. “Aha!” I quietly said in my mind. She then went on to say that she felt conflicted at times; uneasy with the task of helping to raise a child who was part African American, and she realized that in that truth about her was an opportunity to learn and grow into an understanding about adoption and race. “Wow!” I quietly said in my mind. Well, I may have said it out loud too, because it’s not often you meet an older person who is ready to admit resistance and submit herself to learning in this area. They typically – in my experience – tend to marginalize the family or hold the family up as the gold standard for ‘saving’ a child. Neither is appropriate or true and that was what I found so refreshing in this woman.

It was a lesson for me too, that even when I don’t ‘feel’ like discussing my family life, there are moments that serve both me and the other person. This was one of those moments. So, it was with joy that I accepted a speaking opportunity this fall, not with those who are familiar with adoption or transracial adoption, but with a group of older citizens that find themselves in the same situation as the woman above – their children or grandchildren are adopting multiracial children and they want help in understanding the situation and tools to process and aid their families. Generally I speak to groups familiar with adoption, so this will be a first for me. And after my experience with the woman at the party, I am hopeful that it will be a fruitful and growing time for those who attend that night as well as for their extended families and community.